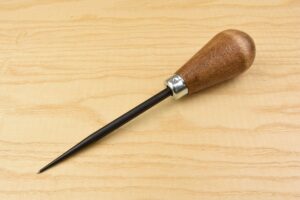 A Christian can know that good things are always on the way. Since that is true, it must even apply to this crazy year we are all going through. How can we know? God said so! For example, look at this verse: “We know that God causes all things to work together for good to those who love God, to those who are called according to His purpose” (Romans 8:28).

God doesn’t promise that everything WILL BE good. That would be crazy. The promise, for Christ’s followers, is that everything will “work together for good.” In other words, God is so powerful that He can take bad things, even very bad things, and ultimately engineer a good result.

Turning bad things into good sounds impossible, doesn’t it? There is an example of it, though, in something that we use every day. It’s called salt. Salt is not only good but is also necessary for our health. Did you know it is made up of two dangerous chemicals: sodium and chlorine? By themselves, they can harm you, but when they are combined (i.e. “work together”), they become very good and useful.

The world is also filled with stories of bad things turning out to be more wonderful than anyone could have imagined. A reminder of one of these things is on display in the French Academy of Science. It is a common, old shoemaker’s awl. It became very useful in an unexpected way, but it also caused tremendous pain.

In the early 1800s that awl fell from a shoemaker’s table, and put out the eye of the shoemaker’s 3-year-old son. The injury was so bad that by the time the boy was five years old, the infection from the injury took the eyesight from both of his eyes. When he became an adult, though, he invented a new way for blind people to read. It involved a system of six dots formed into different patterns that stood for the letters of the alphabet. That system made it possible for multitudes of blind people to read. The story is told that the inventor, Louis Braille, actually used the same awl that had blinded him to make those first dots. Today that system is simply called Braille.

It was tragic that Louis Braille lost his eyesight, but the result worked together in his life so that millions of blind people benefited greatly.

I ran across another story that also pictures something bad becoming something good.  It is about a single survivor from a shipwreck. With great effort, he was able to make it to a small, uninhabited island. He prayed for God to send someone to rescue him, but many days came and went and no one came. He soon built a small hut out of driftwood to protect him from the elements. One day he returned to his hut after looking for food and found it in flames. The fire burned furiously, and there was nothing he could do to put it out. Angrily he cried out, “God, how could You let this happen to me?” That night he had to sleep out under the stars, but the next morning, he was awakened by the sound of a ship and rescuers.

“How did you find me?” he asked joyfully.

They replied, “We saw your smoke signal.”

Commenting on this story one pastor said, “The next time it seems as if your last hope has gone up in smoke, remember what ‘we know’ to be true.” Remember God’s promise in Romans 8:28 begins, “And WE KNOW …”

That all sounds encouraging and hopeful, but I want to include an important warning. God’s promise in Romans 8:28 does NOT apply to everyone. It is only for “those who love God, to those who are called according to His purpose.”

I’m going to write more about loving God next week, but please remember that doing religious acts does not guarantee you have a love for God in your heart. Jesus made it clear that, above all else, God wants our affection, not our external religious displays. “For I delight in loyalty rather than sacrifice, and in the knowledge of God rather than burnt offering” (Hosea 6:6).

The Lord wants to show you His abundant goodness no matter what is going on in your life. If you haven’t turned from your sin to Christ, please do so today. Then you will know that “… the nearness of God is my good; [because] I have made the Lord God my refuge, that I may tell of all Your works” (Psalm 73:28).