What Is Now Will Not Always Be!

What Is Now Will Not Always Be! 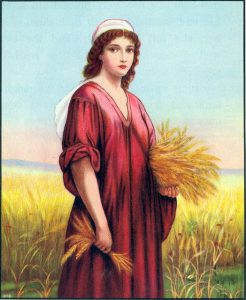 You’d have to be in a coma not to know that there are more than the usual reasons to be fearful and anxious. We’re in the middle of a scary, world-wide pandemic, of course, but that isn’t all. Most of us are still on house arrest (or at least that’s what it feels like), and being cooped up is getting old. To make it even worse, some of us have also lost loved ones, and we can’t even go to their funerals.

If we ever needed good news, it would be now. Keep reading because I have some very encouraging news for you.

I found a picture of that good news in the beautiful book of Ruth in the Bible. The story begins with a woman named Naomi, her husband, and their two sons. They packed up and left their home because of a severe famine. While they were living in a foreign country, Naomi’s husband died. Her two sons then met and married two wonderful women in the foreign land. All went well for ten years, but then the two sons also died. Her grief was heart-wrenching.

Not long after that, Naomi heard that the famine back home had ended. Dejected and depressed, she decided to return home. She said goodbye to her two daughters-in-law, expecting to leave them behind. One of them, though, named Ruth, loved Naomi and insisted on coming with her. Ruth left her friends and her hometown to travel with her mother-in-law back to Naomi’s home.

When they arrived, Naomi’s neighbors were excited to see her again, but she no longer wanted them to call her Naomi (which means “my delight”). Instead, she said, “…call me Mara (which means “bitter”) for the Almighty has dealt very bitterly with me. I went out full, but the LORD has brought me back empty. … the LORD has witnessed against me and the Almighty has afflicted me?” (Ruth 1:20–21).

Some of you feel much the same way. You have been wondering why God has allowed so many difficult things into your life. In the past, you consoled yourself by thinking that at least now life can’t get any worse—but then it did! An American author, quipped, “Just when you think you’ve hit rock bottom, someone will hand you a shovel.” Some suffering feels like it will never end.

The good news for Naomi and Ruth is that their story didn’t end when they arrived back in Naomi’s hometown, broken and weary. Just as in the beautiful ending of their story, there can be great joy waiting for you as well. The next chapter of your life has yet to be written. Remember, what is now will not always be.

So, what turned their misery into joy? Two things jumped out at me as I reread their story recently. One has to do with faith. The other has to do with actions.

The key to the book of Ruth is found in the first Chapter. Ruth was loyal to her mother-in-law and loved her very much, but she also gave her heart to the one true God. Ruth told her mother-in-law, “Do not urge me to leave you or turn back from following you; for where you go, I will go, and where you lodge, I will lodge. Your people shall be my people, and your God, my God” (Ruth 1:16).

Ruth grew up in a culture that worshiped many false gods, but she decided to put her faith in the God of the Bible instead. We also live in a culture that worships many gods, things like pleasure, money, unrestrained sex, and fame, just to name a few. In the middle of all those things, the Lord is calling you to, “Come out from [the false gods of the world] and be separate…And do not touch what is unclean, and I will welcome you. And I will be a father to you, and you shall be sons and daughters to Me…” (2 Corinthians 6:17–18).

Notice that Ruth’s faith also governed her actions. Instead of wallowing in self-pity or waiting for someone to take care of her and her mother-in-law, Ruth immediately went to work. She spent long days following behind harvesters gathering up the grain they left behind. Her hard work led to a remarkable love story. Ruth met a wealthy farmer named Boaz who generously gave her a lot of food and made sure she was safe.

Please read the story for yourself in the Bible so you can enjoy more of the details. I only have room here to give you a summary.

Long story short, Ruth and Boaz fell in love and got married. Naomi’s grief over the loss of her husband and two sons was replaced with the joy of finally becoming a grandmother. She didn’t know it then, but she was blessed in more ways than she realized. Ruth’s son was named Obed. He later married and had a son named Jesse, who then married and had a son named David, who became the greatest king ever in the land of Israel and an ancestor of the Lord Jesus Christ.

God used Naomi’s grief in ways she could never have imagined. I don’t know how God may want to use your present trials, but He will bring good out of them if you have surrendered your life to Christ. The Bible words it this way, “God causes all things to work together for good to those who love God, to those who are called according to His purpose” (Romans 8:28).

Whatever you’re dealing with right now, remember that what is now will not always be. There is wonderful hope ahead in Christ. “… Weeping may last for the night, but a shout of joy comes in the morning” (Psalm 30:5). Ask yourself, as this writer of Scripture did, “Why are you in despair, O my soul? And why have you become disturbed within me? Hope in God, for I shall yet praise Him, the help of my countenance and my God” (Psalm 42:11).