What Does Common Core Teach Children About Faith?

What Does Common Core Teach Children About Faith? 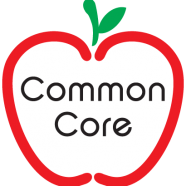 Common Core is a comprehensive, federally-mandated, government school curriculum. It was created by the National Governors Association and the Council of Chief State School Officers in 2009 and 2010. Schools began using it in 2015 as the basis for standardized tests. Common Core was intended to raise national testing standards, thereby improving children’s education.

Here is what you may not know.

Buried in that curriculum is this statement about faith. It states that one of their goals is to distinguish between: “Information that can be proven to be true or false (Fact) and a personal statement of what one believes about a subject (Opinion).” Based on that goal, the curriculum goes on to teach children, beginning in kindergarten, to “Distinguish between fact and opinion.” That sounds like a good exercise until you realize that they have put all moral judgments, belief in God, and even the Ten Commandments into the category of opinion. They believe that an opinion or belief can never be a fact.

Let me show you what I mean. Here are some test questions about “fact vs. opinion” from Common Core worksheets:
— Copying homework assignments is wrong.
— Cursing in school is inappropriate behavior.
— All men are created equal.
— It is worth sacrificing some personal liberties to protect our country from terrorism.
— It is wrong for people under the age of 21 to drink alcohol.
— Vegetarians are healthier than people who eat meat.
— Drug dealers belong in prison.

The Common Core curriculum says that ALL of the above statements are only opinions. Moral statements are always considered an opinion that is left up to each individual person to decide.

There are so many errors in this kind of thinking that it is hard to know where to start. The world is full of things we all know are wrong. Let’s take sexual predators who prey on children as an example. It is a fact that this behavior is wrong. People of different religions, from different belief systems, would all agree on that! Could it be proved to be a fact according to Common Core? No. Our revulsion against that kind of evil is merely our opinion.

Here’s another problem: If opinions change, for instance, say the majority of people decide that cheating and child molesting are okay, should we then change our laws and our behavior and adjust our opinions to conform with the majority? That is a horrifying thought!

Common Core confuses “truth” with “what can be proven.” In other words, if I feel that a certain thing has been proved, then to me it becomes a fact (or truth), but if I don’t feel that it has been proven, then to me it is not a fact (or truth). They have only two categories of information: facts and opinions. Using the evaluation of Common Core, my opinion, or yours, can never be a truth if we don’t feel like it can be proven.

The Bible warns us about this kind of thinking. “The way of a fool is right in his own eyes, but a wise man is he who listens to counsel” (Proverbs 12:15). If we don’t submit to what God says is right and wrong, then we are making ourselves the ultimate moral authority. That always leads to chaos.

Truth does not come from us. It comes from the One who made us. We can only know what is right and wrong because God has revealed it to us. He summarized His moral code in the Ten Commandments. If a person doesn’t believe in God’s moral code, that doesn’t make God’s statements invalid. His Word and His commandments are still always true! That is a fact whether you believe it or not. The Creator is the only one who has the right to tell us what is right and wrong.

Culture changes, fads come and go, but God and His truth never change. “The sum of Your word is truth, and every one of Your righteous ordinances is everlasting” (Psalm 119:160). That is very important because when this life is over, we will all answer to the “…God of truth…” (Isaiah 65:16). At that time, our opinions won’t matter at all.

How can we, who have broken God’s moral law, ever stand before an eternal and holy God? Jesus answers that for us. One day the crowd asked Jesus what good works they had to do in order to be saved. Jesus surprised them by saying “…This is the work of God, that you believe in Him [Jesus] whom He [the Father] has sent” (John 6:29).

Being unprepared to enter God’s glorious presence is frightening. Thankfully, it will not be for those of us who have put our trust in Christ. We can look forward to it because God “… is able to keep [us] from stumbling, and to make [us] stand in the presence of His glory blameless with great joy, to the only God our Savior, through Jesus Christ our Lord, be glory, majesty, dominion, and authority, before all time and now and forever. Amen” (Jude 24–25).