What Did Christ’s Crucifixion Prove?

What Did Christ’s Crucifixion Prove? 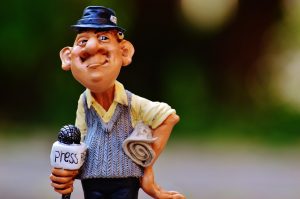 Imagine for a moment that you are a news reporter who lived over 2,000 years ago. Your boss asks you to rush over to Jerusalem and see what all the commotion is about. You grab your pen and a pad of paper (quill and parchment?) and rush to the city, only to discover that the whole place is in an uproar. An unruly crowd is demanding that Jesus, a religious teacher, be executed by crucifixion, which is the most horrific method of torture and death that the Romans have ever invented.

You are curious about what this apparently peaceful teacher has done to deserve such hateful treatment.

You begin by interviewing bystanders, and you learn that the religious rulers hated Jesus for basically two reasons. First, Jesus made the bold claim that He is God. “For this reason, therefore, the Jews were seeking all the more to kill Him, because He not only was breaking the Sabbath but also was calling God His own Father, making Himself equal with God” (John 5:18). (Also see John 10:33; 19:7; Hebrews 1:1-4; John 1:1-3, 14). What an amazing claim! Of course, if Jesus is not God that would indeed be blasphemy, but you are astounded at the amazing miracles He has done, curing blindness, deafness, leprosy, and even raising people from the dead. You hear some amazing stories.

The religious rulers have also hated Jesus because He is becoming more popular than they are. After Jesus raised Lazarus from the dead they began to panic because they feared that, “If we let Him go on like this, all men will believe in Him, and the Romans will come and take away both our place and our nation” (John 11:48).

You begin to think that Jesus is the unfortunate victim of some powerful leaders who are jealous of His popularity and His ability to perform miracles. However, as you keep investigating, you learn more about what Jesus taught. On many occasions, Jesus explained in detail that He was going to “… be delivered to the chief priests and scribes, and they will condemn Him to death and will hand Him over to the Gentiles to mock and scourge and crucify Him, and on the third day, He will be raised up” (Matthew 20:18–19).

You are astounded.  It seems that Jesus not only knew that He would be crucified, He actually volunteered for it. “For this reason, the Father loves Me, because I lay down My life so that I may take it again. No one has taken it away from Me, but I lay it down on My own initiative. I have authority to lay it down, and I have authority to take it up again. This commandment I received from My Father” (John 10:17–18). When Jesus was being arrested and Peter tried to protect Him, Jesus told Peter to stop. He said, “Or do you think that I cannot appeal to My Father, and He will at once put at My disposal more than twelve legions [72,000] of angels?” (Matthew 26:53).

It seems that Jesus is not a victim after all. You go back to your office and start doing some research. You learn that hundreds of years earlier, the Old Testament plainly laid out how the Messiah would die. For example, the Jewish leaders said they were afraid to execute Jesus during the Passover because they feared the crowds, but they wound up doing it then anyway. Jesus, who was called the Lamb of God, was sacrificed during Passover. That is the time when Jews have been sacrificing lambs for centuries.

Not only that, but you find that Psalm 22 pictured what crucifixion was like hundreds of years before it was even invented. It was also a Roman custom to break the legs of those who were crucified, to make sure they were dead (or to hasten their death), but Jesus’ legs were not broken, just as was predicted in Psalm 34:20. Then you discover in Isaiah, Chapter 53, that the Messiah would die surrounded by wicked men, but then would be buried in a wealthy man’s tomb: “His grave was assigned with wicked men, yet He was with a rich man in His death….” (Isaiah 53:9 Compare John 19:38-41).

Now you are even more puzzled. Why would this solitary God-man submit to unimaginable torture and death? What is the point? It isn’t until you meet a man named Paul who explains it several years later, that it all makes sense to you. God is so holy and pure that His very nature demands that all sin must be punished, “For the wages of sin is death….” (Romans 6:23 also see Romans 1:18). The only way we can escape the punishment we all deserve is for Jesus to step in and suffer our death for us. “But God demonstrates His own love toward us, in that while we were yet sinners, Christ died for us” (Romans 5:8).

We could never be worthy of what Jesus did for us. As Jesus Himself put it, “Truly, truly, I say to you, he who hears My word, and believes Him who sent Me, has eternal life, and does not come into judgment, but has passed out of death into life” (John 5:24).

If you will investigate Jesus for yourself, you will find that He suffered an awful price to pay for your sins. If you will turn away from your sin and put your faith in Jesus, you will discover that “the grace of our Lord [will be] more than abundant, with the faith and love which are found in Christ Jesus” (1 Timothy 1:14).