What Can Christians Know for Sure?

What Can Christians Know for Sure? 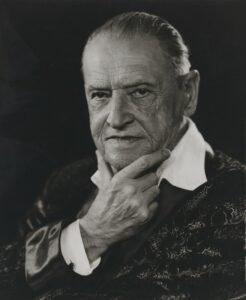 I can relate to the person who said, “The little I know is a reflection of my ignorance.” Life for all of us is filled with things that we don’t know. There is a lot out there we may never know. The biggest unknown of all is what will happen in the future.

For example, did anyone foresee what 2020 was going to bring us? As someone said, “If I could know the future, I would be wealthy. Then I would know what stocks to buy or what numbers to pick for the lottery.”

Somerset Maugham (1864-1965) was one of the most famous British writers of his day. He was also an ardent agnostic. He is the one who gave us this gloomy outlook, “The only thing I know for sure is that I don’t know anything for sure.”

That may have been true for him, but it should not be true for Christ’s followers.

Contrast Mr. Maugham’s philosophy with the confidence that is available for Christians. Jesus explained it this way: “This is eternal life, that they may know You, the only true God, and Jesus Christ whom You have sent” (John 17:3). Jesus also said, “I am the Light of the world; he who follows Me will not walk in the darkness, but will have the Light of life” (John 8:12).

The Apostle Paul, although he suffered many hardships because he followed Jesus, showed a glowing confidence in Christ. He was a shining example of someone who lived in the light that God gave him. “For God has not given us a spirit of timidity, but of power and love and discipline … I am not ashamed; for I know whom I have believed, and I am convinced that He is able to guard what I have entrusted to Him until that day” (2 Timothy 1:7, 12).

What makes that kind of rock-solid confidence possible? How can any of us know what is true about God? We can’t just rely on our own background or opinions. Something doesn’t become true just because we believe it is.

The resurrection of Jesus Christ is the answer. If Jesus was raised from the dead exactly as He predicted, then we can trust everything He said. His resurrection wipes away all doubt that He spoke with authority. At one-point Jewish leaders asked Jesus. “… ‘What sign do You show us as your authority for doing these things?’ Jesus answered them, ‘Destroy this temple, and in three days I will raise it up.’ The Jews then said, ‘It took forty-six years to build this temple, and will You raise it up in three days?’ But He was speaking of the temple of His body” (John 2:18–21).

We know Jesus predicted His death and resurrection (see Matthew 12:39-40). Let’s look at some things that prove it really happened.

Those are just some of the reasons we can know what Jesus said is true. He claimed to be the eternal Creator, and His life and His death proved it. “For by [Jesus] all things were created…all things have been created through Him and for Him. He is before all things, and in Him all things hold together” (Colossians 1:16–17).

Since Jesus even has power over death, that also means He can make you new from the inside out. “Therefore, if anyone is in Christ, he is a new creature; the old things passed away; behold, new things have come” (2 Corinthians 5:17). Are you willing to turn to Jesus and ask Him to change you? “Christ was raised from the dead through the glory of the Father, so we too might walk in newness of life” (Romans 6:4).