The Rock is Coming

The Rock is Coming 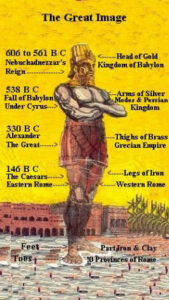 Are there times that the world around you stresses you out? I know that it stresses me out sometimes. For example, no matter how much trash I pick up in front of my house, after only a small breeze, my sidewalk goes back to looking as if I hadn’t done any cleaning. I often find deposits of what dog walkers have left on the sidewalk that I have to avoid. The peacefulness of my neighborhood is regularly punctuated by blasts of “music” from passing cars that rattle my windows. Occasionally, they even force me to hear disgusting lyrics.

I don’t need to remind you about the businesses we lost last year because of the riots and looting, or of the skyrocketing crime we’ve seen since. To top it all off, we still have the stress of this seemingly never-ending pandemic.

With all that being said, I want to be clear that I have no plans to leave my neighborhood because I am very hopeful about the future. “Why?” you may ask. Two things keep me from sinking into despair.

First, this neighborhood is filled with hurting and discouraged people. I am committed to sharing the Gospel of Jesus Christ with them because it is the only lasting solution. Jesus Himself said, “Come to Me, all who are weary and heavy-laden, and I will give you rest. Take My yoke upon you and learn from Me, for I am gentle and humble in heart, and you will find rest for your souls” (Matthew 11:28–29).

I have found the peaceful rest that Jesus promises. I know it is available to anyone who will hand the key of his or her heart over to Jesus, who will turn from sin and trust Him for forgiveness.

Secondly, I am hopeful because this broken world will not stay broken forever. The government can’t mend it, but any day now, Jesus will.

There is an amazing picture of God rescuing this world back in the book of Daniel. Keep in mind that Daniel’s life was no picnic. He was abducted from his home and had to live many miles away in a godless, pagan culture. God used some special visions of the future to encourage him, and in turn, to encourage us as well.

In this vision, there was a large statue that pictured coming events. “The head of that statue was made of fine gold [the Babylonian Empire], its breast and its arms of silver [the Medo-Persian Empire]; its belly and its thighs of bronze [the Greek Empire], its legs of iron [the Roman Empire], its feet partly of iron and partly of clay [a coming reorganization of the Roman Empire] … a stone was cut out without hands [i.e. a supernatural being], and it struck the statue on its feet of iron and clay and crushed them. Then the iron, the clay, the bronze, the silver, and the gold were crushed all at the same time and became like chaff from the summer threshing floors; and the wind carried them away so that not a trace of them was found. But the stone that struck the statue became a great mountain and filled the whole earth” (Daniel 2:32–35).

The stone that started out small destroys the whole statue. We learn later that it pictures the coming Messiah, Jesus Christ. At His first appearance, Jesus seemed insignificant. “He grew up before Him like a tender shoot, and like a root out of parched ground; He has no stately form or majesty that we should look upon Him, nor appearance that we should be attracted to Him” (Isaiah 53:2).

Although Jesus was initially rejected by those He came to save, His second coming will be much different. “The stone which the builders rejected has become the chief cornerstone” (Psalm 118:22). Referring to those five empires mentioned above, Daniel writes “In the days of those kings the God of heaven will set up a kingdom which will never be destroyed, and that kingdom will not be left for another people; it will crush and put an end to all these kingdoms, but it will itself endure forever” (Daniel 2:44). That gives me great encouragement!

Christians may feel powerless as the culture becomes more antagonistic to their values, but this problem is not new. When the followers of Christ first proclaimed the Gospel, they looked weak and outnumbered. Rome appeared powerful and invincible. It wasn’t long, though, before the message about Jesus spread throughout the whole known world, and the mighty Roman Empire crumbled.

Daniel saw another vision where “… One like a Son of Man was coming, and He came up to the Ancient of Days and was presented before Him. And to Him was given dominion, glory, and a kingdom, that all the peoples, nations and men of every language might serve Him. His dominion is an everlasting dominion Which will not pass away; and His kingdom is one which will not be destroyed” (Daniel 7:13–14).

The things I talked about at the beginning of this article, the things that bother us now, are all temporary. Never forget how short our suffering is in this life. This present world is fleeting, but Jesus will reign forever. Eternity will never end.

If you have surrendered your life to Jesus, then you will find great joy in this fact: “The Lord has established His throne in the heavens, and His sovereignty rules over all” (Psalm 103:19). I’m looking forward to God’s new creation.

Even though Christ’s return to earth will rain down judgment on the unsaved, the believer can say with the Apostle John, “…Come, Lord Jesus” (Revelation 22:20).

Take a deep breath. It is going to be OK. “God reigns over the nations, God sits on His holy throne” (Psalm 47:8).