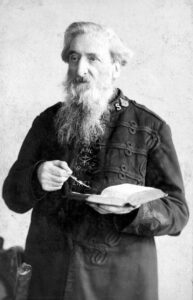 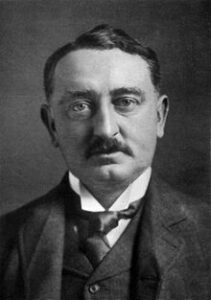 Life is hard. No question about it. This must be true for most people because I don’t often find genuinely happy people in the city. You know what I mean. People may (or may not) smile and say “Hi,” but if you spend a little time with them, you often discover a sadness and an emptiness about life. So much here reminds us that life is filled with disappointments.

Maybe this is why the U.S. Centers for Disease Control reported that out of 2.4 billion drugs prescribed in 2005, 118 million were for antidepressants. That was more than any other single prescription drug. Adult use of antidepressants almost tripled between the periods 1988-1994 and 1999-2000. [According to a CNN news story dated July 9, 2007].

It is not surprising that there is so much unhappiness. Family members can treat us selfishly. The monthly bills can pile up faster than our income. We may be grieving the loss of someone we loved deeply. Our bodies may be torturing us with daily aches and pains, or it could be any other number of life’s tragedies. So how can we squeeze some happiness out of lives that are so filled with trouble?

To help answer that question, let’s look at the lives of two vastly different men. One is probably the richest man England ever produced. His name was Cecil Rhodes. You may have heard of a “Rhodes Scholar.” Mr. Rhodes is the one who financed scholarships for the brightest students from around the world to be able to study for two years at Oxford University in England. How did he get that kind of money? At the age of 27, Mr. Rhodes started the De Beers Mining Company in South Africa. Within thirteen years, he controlled the entire diamond mining business in Africa. Then, at the age of 36, he became the Prime Minister of Cape Colony. He had so much money that he gave the entire country of Rhodesia (now called Zimbabwe) to England at his death. That was more than 150,804 square miles!

Now I’d like you to meet another man. He was one of the poorest men in England. His name was William Booth. He grew up in extreme poverty. He became a Christian as a teenager and went on to become a Methodist pastor. Later, he founded the Salvation Army.

Mr. Booth and Mr. Rhodes knew each other well. One day they were traveling by train together. After an extended time of silence, William Booth suddenly turned to Cecil Rhodes and said, “Tell me, Rhodes, are you a happy man?” “Happy? Happy?” said Rhodes. “Why of course not, man, how could I possibly be happy with all the responsibility of such great wealth?”

What a contrast between these two men! One man gave his life to collect as much wealth as he could, and the other man gave his life in order to share the joy of Christ with the poorest in England. Life was hard for both of them, but only one experienced joy.

There is a way for you to have this joy. Shortly before he died, a third-century man wrote these words to a friend: “It’s a bad world, an incredibly bad world. But I have discovered in the midst of it a quiet and holy people who have learned a great secret. They have found a joy which is a thousand times better than any pleasure of our sinful life. They are despised and persecuted, but they care not. They are masters of their souls. They have overcome the world. These people are the Christians, and I am [now] one of them.”

Joy is not found within us. When we expect to find happiness by pursuing our own dreams, we will fail every time. Joy comes, on the other hand, when we focus on the One who can give joy. King David learned that a relationship with God was his only path to joy in this world: “Then I will go to the altar of God, to God my exceeding joy” (Psalm 43:4).

Where are you trying to find your joy and fulfillment? Look to Christ. He is the only One who can satisfy your craving for happiness because you were made by God and for God.

Peter encouraged persecuted and suffering Christians that “though you have not seen [Christ], you love Him, and though you do not see Him now, but believe in Him, you greatly rejoice with joy inexpressible and full of glory” (1 Peter 1:8).

Give your life to Jesus, and His love will fill your heart and your life. In Him you will discover a feeling of inner peace and joy that even hard times cannot take away.