Have You Experienced the Greatest Miracle?

Have You Experienced the Greatest Miracle? 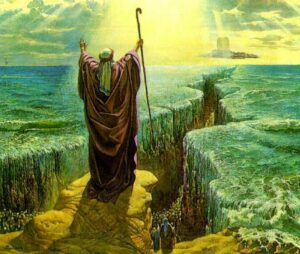 Four hundred years is a long time. That’s how long the Jews were slaves in Egypt. Just to compare, it’s only been 244 years since America’s Declaration of Independence. Over the years the Jews’ masters had progressively become more and more cruel and hateful. When they couldn’t take it any longer, the Jewish slaves cried out to God for help. That is when God began answering their prayers. He called Moses to be their leader, and after God sent a series of horrific, punishing miracles–called plagues–the Egyptian Pharaoh reluctantly allowed the Jews to leave his country.

When you have a few minutes, read the whole story in Exodus, Chapters 1-14.

When God led the Jewish people out of Egypt, He took them up to the edge of the Red Sea. They could go no further. It looked like God had taken them on a dead-end road. Water was spread out in front of them, and cliffs loomed on either side.

The Jews had no idea what to do, and then, just when they thought it couldn’t get any worse, it did (we have all said that about 2020!). Far off in the distance, they saw a cloud of dust, and they realized that Egypt’s military was coming after them. Pharaoh had changed his mind. He wanted his slaves back. The Jews realized they were trapped, and that they were all going to die or go back into slavery—or so they thought.

Here is where the story gets really interesting. If you haven’t learned what happens next from the Bible, you will know it if you saw the 1956 award-winning movie “The Ten Commandments.” God told Charlton Heston (oops, I mean Moses) to raise his staff in the sight of all the Jews. What happened next was the greatest miracle in the Old Testament. The waters of the Red Sea were rolled back, creating a dry path that let the frightened Jews escape. Escape they did. But that was not the end of the miracle.

When they were all safe on the other side of the Red Sea, the Egyptian army arrived and charged right in after them. God held the walls of water up until the entire Egyptian military was right in the middle of the sea. Then the water came crashing down and drowned the entire army.

Imagine how you would feel if you had been one of the newly freed slaves. The freedom that you had longed for, not to mention your parents and grandparents and great-grandparents too, was finally yours. The 400 years of slavery were over! Not only were you free, but you didn’t even have to worry that the Egyptian army might use their ships to cross the Red Sea and come after you. Their army had been wiped out!

Sweet freedom! If you were set free from slavery, you would be excited beyond belief, and so were the Jews. In fact, Moses and the Jews sang a beautiful song celebrating their remarkable deliverance (see Exodus 15:1-18).

Have you realized that all of us have a chance to be as excited as those newly-freed Jews? Why? Because we have all been born slaves, too. It’s not a comfortable thought, but Jesus said that we are all slaves, not of Egypt, but of sin: “Truly, truly, I say to you, everyone who commits sin is the slave of sin” (John 8:34). That kind of slavery has sentenced us to death: “… sin entered into the world, and death through sin, and so death spread to all men, because all sinned” (Romans 5:12).

Don’t despair. We can have a “Red Sea” experience, too. Jesus promised that “if the Son [Jesus] makes you free, you will be free indeed” (John 8:36). That is why Paul joyfully declared that he was not “ashamed of the gospel [the good news that Jesus paid for all of our sins by dying on the Cross], for it is the power of God for salvation to everyone who believes….” (Romans 1:16).

God has provided a way for us to escape the “Red Sea” of sin that has us all trapped. I hope you will step out and claim Christ’s pathway to freedom that He has opened up for you. “Let the heavens be glad, and let the earth rejoice; And let them say among the nations, ‘The Lord reigns’ …. O give thanks to the Lord, for He is good; For His lovingkindness is everlasting” (1 Chronicles 16:31, 34).