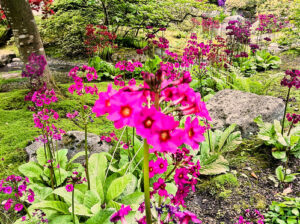 Did you know that there are three particularly important events in the Bible that took place in three different gardens?

The first one is the Garden of Eden (literally the Garden of Pleasure) in Genesis Chapter 2: “The Lord God planted a garden toward the east, in Eden; and there He placed the man whom He had formed. Out of the ground the Lord God caused to grow every tree that is pleasing to the sight and good for food…” (Genesis 2:8–9).

God created two perfect people and put them in His flawlessly beautiful garden. God made it special for Adam and Eve, but they were responsible for maintaining it. In the next chapter of Genesis, we learn that they decided to disobey a simple instruction from their generous Creator, and that act of rebellion cost them the use of God’s garden. “Therefore, the Lord God sent him out from the garden of Eden, to cultivate the ground from which he was taken. So, He drove the man out….” (Genesis 3:23–24).

The result, as they say, is history. “Therefore, just as through one man sin entered into the world, and death through sin, and so death spread to all men, because all sinned” (Romans 5:12).

The second important garden in the Bible is found in the New Testament. Whereas mankind failed to obey God in a perfect garden, Jesus Christ, the God-man, conquered the temptation to sin in the Garden of Gethsemane. The day before His sacrificial death on the Cross, Jesus agonized in prayer even to the point of sweating blood in the Garden of Gethsemane (Luke 22:44) and said, “…My soul is deeply grieved to the point of death…” (Mark 14:34).

Despite the coming prospect of having to endure the full blast of the wrath of God against sin, Jesus did not disobey as Adam had done. Jesus prayed … “Abba! Father! All things are possible for You; remove this cup from Me; yet not what I will, but what You will” (Mark 14:36).

Christ’s submission to the will of God in the Garden of Gethsemane made the third and greatest garden possible. It is described for us in the last chapter of the book of Revelation. As John gazed into heaven he saw “… a river of the water of life, clear as crystal, coming from the throne of God and of the Lamb, in the middle of its street. On either side of the river was the tree of life, bearing twelve kinds of fruit, yielding its fruit every month; and the leaves of the tree were for the healing of the nations. There will no longer be any curse; and the throne of God and of the Lamb will be in it, and His bond-servants will serve Him; they will see His face, and His name will be on their foreheads” (Revelation 22:1–4). Compare this with Ezekiel 47:12.

The events in these gardens summarize the good news of God’s salvation. This world is broken because of mankind’s disobedience in the Garden of Eden. Jesus came, though, to restore what sin had stolen from us. That is why Paul said, “The gift (of forgiveness) is not like that which came through the one (Adam) who sinned; for on the one hand the judgment arose from one transgression resulting in condemnation, but on the other hand the free gift arose from many transgressions resulting in justification” (Romans 5:16).

We can escape the curse of the Garden of Eden. We can find God’s beauty not only now, but also in eternity. One day every believer will live on God’s new-created earth, in His beautiful gardens–and those gardens will be weed-free!

How can we know that we will spend eternity in God’s glorious garden? All we have to do is turn from our sin and trust Christ’s victory. It began with Christ’s submission in the Garden of Gethsemane. “… consider yourselves to be dead to sin, but alive to God in Christ Jesus.” (Romans 6:11). “For the wages of sin is death, but the free gift of God is eternal life in Christ Jesus our Lord” (Romans 6:23).

The Garden of Eden was incredibly special because God was there in person (Genesis 3:8). Heaven is also special because God is there. “Beloved, now we are children of God, and it has not appeared as yet what we will be. We know that when He appears, we will be like Him, because we will see Him just as He is” (1 John 3:2). I am looking forward to that! I am praying that many of you will trust Christ for yourselves and meet me there.

“The glorified soul shall be forever bathing itself in the rivers of pleasure.” Thomas Watson