Do All Roads Lead to Rome?

Do All Roads Lead to Rome? 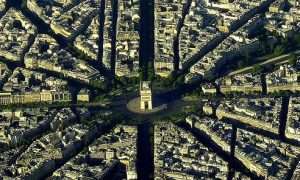 Ever wondered where the expression “All roads lead to Rome” came from? Researchers have found similar phrases in a couple of ancient documents [see https://goo.gl/nUdWW9]. For example, 12th-century French theologian Alain deLille wrote in Liber Parabolarum, “A thousand roads lead men forever to Rome.” The statement may also be a reference to a monument that Emperor Caesar Augustus erected in the center of Rome called “The Golden Milestone.” Many believe that all distances in the Roman Empire were measured from that one point.

Actually, in a limited sense, it was true in the ancient world that all roads did lead to Rome. For the first few hundred miles around Rome, no major roads were connecting to other cities. The major roads only led to Rome. This made it harder for Rome’s enemies to band together to rebel against their empire.

In the modern world, though, the expression “All roads lead to Rome” often has a different meaning. Many people use it to summarize their belief that, “Different religions don’t matter because, since there is only one God, all religions are worshipping the same God.”

If you are a Christian, you ought to disagree strongly with that idea. Here is why: We can’t please God just by worshipping Him as we might imagine Him to be or by worshipping Him the way we think is best. Jesus made it clear that true worshippers are people who worship God in spirit (from their hearts) and in truth (John 4:23-34).

In other words, as certainly as all roads do not now lead to Rome, all worship does not lead to God.

On page 33 of his book Radical, Rev. David Platt recalls a fascinating experience that illustrates the difference between the major religions:

“I remember sitting outside a Buddhist temple in Indonesia. Men and women filled the elaborate, colorful temple grounds, where they daily performed their religious rituals. Meanwhile, I was engaged in a conversation with a Buddhist leader and a Muslim leader in this particular community. They were discussing how all religions are fundamentally the same and only superficially different. ‘We may have different views about small issues,’ one of them said, ‘but when it comes down to essential issues, each of our religions is the same.’

“I listened for a while, and then they asked me what I thought. I said, ‘It sounds as though you both pictured God (or whatever you call God) at the top of a mountain. It seems as if you believe that we are all at the mountain, and I may take one route up the mountain, you may take another, and in the end, we will all end up in the same place.’

“They smiled as I spoke. Happily, they replied, ‘Exactly! You understand!’

“They thought for a moment and then responded, ‘That would be great.’

“I replied, ‘Let me introduce you to Jesus.’”

Instead of trying to stay on a road that we think might lead us to God, we can rejoice that our Creator has come down to find us and to bring us to Himself. That is why a Christian can say that Jesus “bore our sins in His body on the cross, so that we might die to sin and live to righteousness; for by His wounds you were healed. For you were continually straying like sheep, but now you have returned to the Shepherd and Guardian of your souls” (1 Peter 2:24–25).

We know that all roads do not lead to Rome. I hope you will study God’s Word and base your beliefs on what you read there. Only loving and trusting Jesus leads to God. There are many counterfeit religions that bolster feelings of self-righteousness and lead nowhere. Jesus alone is the way, the truth, and the life (John 14:6).