Are You Willing to Be Radically Different?

Are You Willing to Be Radically Different? 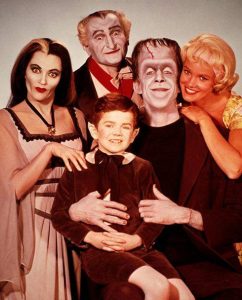 On the surface, it is surprising that there are so many who learn about Jesus and still do not follow Him. Why? When Jesus walked this earth, He taught love and forgiveness. He performed lots of miracles that helped people. Then the leaders of His day got together and executed Him. What??

Not much has changed since then. The message about Jesus is called the Gospel, which means “good news.” That good news is that Jesus’ death has paid the penalty for our sin if we turn to Him, but why is that good news so often rejected? I think I know the reason. Maybe you will agree.

Here is the problem. Embracing the good news about Jesus also means that He will make you into a very different person from those who are around you.

Peter reminded Christians that before they came to Christ, they had “… pursued a course of sensuality, lusts, drunkenness, carousing, drinking parties and abominable idolatries. In all this, they are surprised [those who knew them] that you do not run with them into the same excesses of dissipation, [or reckless behavior] and they malign you” (1 Peter 4:3–4).

I believe that when people don’t want to embrace God’s offer of forgiveness, it’s because they know that when they accept it, they will also have to hand over control of their lives to God. When that happens, they may also run the risk that others will think that they are odd.

Here is one way to picture that problem.

A very popular sitcom called “The Munsters” ran on TV for two seasons, starting in 1965. It featured a family of monsters who freaked out everyone else in their neighborhood. The father was a large Frankenstein-type monster. His wife was a vampire. The grandfather was a vampire who loved to talk about the “good old days.” The family also had a young son who was half-vampire and half-werewolf.

Genuine followers of Jesus Christ become so different from the average people around them, that many others may think they’re as weird as the “Munsters.” That’s because real Christians are not just eternally forgiven. Their lives are also being radically changed. It is wonderful to be set free from guilt and to have an eternity in heaven all paid for, but God’s work doesn’t stop there. He is also in the process of making His followers drastically different from the world around them, which is, of course, a good thing.

That means that every believer is a work in process. Paul told a group of Christians that he was “confident of this very thing, that He who began a good work in you will perfect it until the day of Christ Jesus” (Philippians 1:6).

Christians are learning to hate their own sin because that is what caused Jesus Christ to suffer in the first place. Jesus “… bore our sins in His body on the cross, so that we might die to sin and live to righteousness….” (1 Peter 2:24).

Think about it this way. If your child had been stabbed by a demented maniac, and then the police offered to let you have the knife that nearly killed your little girl, you wouldn’t take that knife and display it prominently in your living room. You would hate to touch or even look at that knife! And yet, your sin was the instrument that shredded the back of Jesus, crushed the crown of thorns on His head, ripped the beard out of his face, and nailed Him to the Cross.

If you have given your life to Jesus Christ, then you won’t mind if others think that you are as foolish as a “Munster” because of how precious Jesus is to you. “For the word of the cross is foolishness to those who are perishing, but to us who are being saved, it is the power of God” (1 Corinthians 1:18).

That idea was captured in the gospel song Come, Thou Fount of Every Blessing by Robert Robertson. It points out that God’s grace obligates believers to pursue a close relationship with Jesus.

O to grace how great a debtor
Daily I’m constrained to be!
Let Thy goodness, like a fetter,
Bind my wandering heart to Thee.

The world’s perspective is all wrong. As Christians become radically different from the world around us, we are becoming more and more like the One who died for us. We are true men and true women who are becoming more and more what God created humankind to be. We are loved, cherished, and protected by the God of the universe. I invite you to turn from your sin and join us.