America, Do You Want to Be Made Well?

America, Do You Want to Be Made Well? 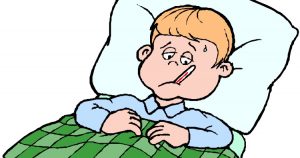 During His time on earth, Jesus asked a lot of questions. We find a very puzzling one in the book of John, Chapter 5. Not long before His crucifixion, Jesus walked by a spring-fed pool in Jerusalem that was called Bethesda. There was a tradition that the water would have healing powers at certain times. This may have been because the water was rich in minerals.

Jesus stepped up to a man near this pool who had been crippled for thirty-eight years. Jesus asked him, “…Do you wish to get well?” (John 5:6).

Strange question! The very reason the man spent so much time lying by the pool was that he hoped to get in the water when it would heal him. Of course, he didn’t want to remain handicapped! Why did Jesus ask such an obvious question? Who wouldn’t want to be rid of a terrible condition?

As I thought about it, the reason for Christ’s question began to come into focus. That reminded me of our present need for healing from the COVID-19 pandemic.

America is in desperate need of healing on two different levels. What we depend on for that healing is extremely important.

Our bodies need to be healed from this dangerous flu virus. According to some recent reports, about 3% of those who contract the COVID-19 virus will die. That doesn’t sound like a large percentage, but it spreads easily, and we have no natural immunity to it. Of course, we want to follow the guidelines that the government has given that will help slow it down. We should also be praying that God will work through the doctors and health care workers and scientists who are working hard to provide healing for our bodies.

There is another healing that is even more important, though. Our souls also need to be healed from the sin virus–which has already spread to the entire population (see Ephesians 2:1-3). Sin is 100% fatal if Christ’s cure is not applied. As Jesus put it, “For what will it profit a man if he gains the whole world and forfeits his soul? Or what will a man give in exchange for his soul?” (Matthew 16:26).

I believe that God wants the present physical virus to be a wakeup call that will alert us to this soul-sickness that is already raging in our individual souls and in the soul of our country.

It is easy to understand how grieved our Creator must be with America. 2,000 to 3,000 babies are murdered by abortion in our country every day! Please don’t give me the “My body, my choice” argument. A baby’s DNA is totally different from the mother’s DNA. The important choice must be made before a couple decides to have sex.

That’s not the only sin we have made legal and acceptable. Our current culture is also shredding the fundamental and scientific fact that God created only two genders. This has led to a weakening of our children’s stability because we have been thumbing our noses at the institution of marriage itself. These alternate lifestyles are breeding more anger and despair, not more happiness. Children are often the victims.

What has gone wrong in our country? I am convinced that America’s failure can be traced back to the lives of professing Christians. Too many who claim to follow Christ have actually chosen the easy road and followed worldly pleasures instead of following Jesus.

Thankfully, the promise that God made to Israel can also be claimed by us today. “… if I send pestilence among My people, and My people who are called by My name humble themselves and pray and seek My face and turn from their wicked ways, then I will hear from heaven, will forgive their sin and will heal their land” (2 Chronicles 7:13–14).

That leads me to the title of this article: America, do you want to be made well? Yes, we want this current pandemic to pass, but who are we looking to for the healing of our souls? That should be our greatest concern in these troubling days. Unlike physical illness, sin’s effects can last forever. God is asking us if we are willing to look to Him for healing instead of just looking to our own human resources.

The cure that Jesus Christ purchased for us on the Cross is still available. He paid the awful cost of our sin. We have to turn from wickedness and follow Him. He then becomes our master. We recognize Him as our Creator who knows what is best for us. He makes our sin-diseased hearts clean, and we become brand-new human beings, dearly loved children of the King of the Universe. That is the healing America needs most of all!

The celebration of Christ’s resurrection next Sunday proves that He has both the right and the power to save our souls. “If you confess with your mouth Jesus as Lord, and believe in your heart that God raised Him from the dead, you will be saved” (Romans 10:9).