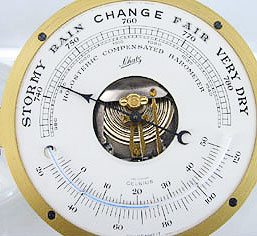 Last Sunday at 11:00 AM, Rev. Derick Scudder, one of the pastors at Bethel Chapel Church, began a preaching journey through Luke’s New Testament biography of Jesus Christ. This series will prove to be a fascinating study about the life of Jesus Christ.

You may be wondering why we should study a book that was written over 2,000 years ago. Can we even know if Luke’s account of the life of Christ is reliable after all these many years? Last Sunday morning Pastor Derick’s message answered those questions.

The fact that Luke is an ancient book is a good thing. It was written about the year 59 AD. That means many of the eyewitnesses to the events that Luke wrote about would have still been alive. For that reason it would have been impossible for Luke to report something that never happened. Thousands saw Jesus feed multitudes of people with only a few fish and a handful of bread. Large crowds saw Jesus heal the incurable and raise the dead. Remember there were at least 500 people who saw Jesus alive after His crucifixion.

That’s why Luke said that his book was “… an account of the things accomplished among us, just as they were handed down to us by those who from the beginning were eyewitnesses and servants of the word” (Luke 1:1–2).

Those eyewitnesses were not just passive observers. Many of them left everything behind in order to follow Jesus. Later they were willing to be tortured and/or executed because of what they knew to be true. For example, the Apostle John wrote about, “What was from the beginning, what we have heard, what we have seen with our eyes, what we have looked at and touched with our hands, concerning the Word of Life” (1 John 1:1). When Peter and John were arrested by the Jewish leaders and told to never preach about Jesus again, they said “we cannot stop speaking about what we have seen and heard” (Acts 4:20).

When you read the four biographies of the life of Christ (Matthew, Mark, Luke, and John), you soon notice that they are not filled with lists of rules and regulations, as you might expect from the beginning of a new religion. Instead, they are filled with reasons why Jesus is a trustworthy Person you should follow. After you read those biographies then, you must decide if Jesus is worth following. The only question that remains is: “Are you willing to follow Him?”

Let me re-tell a true story Pastor Derick shared that serves as a warning to all of us.

It was September of 1938. A man who lived on Long Island, New York wanted to track the atmosphere’s pressure so he ordered a barometer. When it arrived in the mail, he noticed that the needle pointed to 28 degrees which was marked “Hurricane” to warn of an approaching storm. There was no hint of bad weather, though, and hurricanes rarely reach Long Island. He tapped on the instrument repeatedly. He even banged and shook it, but the needle wouldn’t budge. In frustration, he wrapped up the barometer and sent it back to the manufacturer with a strongly worded letter of complaint. He soon left town on a business trip, but when he returned, he found that his shorefront home had been demolished–by a hurricane!

Open the Bible for yourself and learn about Jesus. Then you will have to decide if you will trust Him. Jesus lays out this challenge: “… If anyone wishes to come after Me, he must deny himself, and take up his cross [i.e. believe He is worth dying for] and follow Me. For whoever wishes to save his life will lose it, but whoever loses his life for My sake and the gospel’s will save it” (Mark 8:34–35).

I have learned that Jesus is worth following, and I have experienced the peace He promises. “Come to Me, all who are weary and heavy-laden, and I will give you rest. Take My yoke upon you and learn from Me, for I am gentle and humble in heart, and you will find rest for your souls. For My yoke is easy and My burden is light” (Matthew 11:28–30).